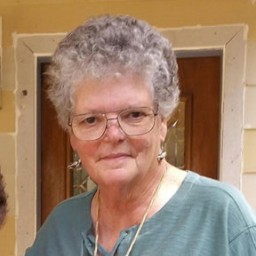 On June 28, 2021, Bloomberg Businessweek published an article about the disruption of the world supply chain.  That was the same day my Four-Wheel Drive Transfer case for my Jeep was supposed to arrive from the Jeep Parts supply for Warranty Service.  Needless to say, it didn’t happen.  Now it’s going to be July 28th, 2021, I hope.

What started this collapse of the “just-in-time” cargo shipping system was the Pandemic.  But the blockage of the Suez Canal in March of 2021 added to the problem.

Containers were, and are, stacking up at Shenzhen-Yantian, one of the World’s largest terminals in Southern China, after a Covid-19 outbreak among the port workers.  The backlog put further strain on an already stretched global market.

What’s the Suez Canal got to do with the backlog?

The grounding of the vessel Ever Given.  Loaded with 17,600 containers, valued at $1 Billion, was headed to Europe and Malaysia and then the Netherlands.  Owned by a Japanese Family and Taiwanese conglomerate, what should have been a 12-hour trip lasted 6 days.  The supply chain was totally disrupted by then.

The Pilot was Egyptian and worked for the Suez Canal Authority.  The crew was Indian and worked for a German Company.  And communication was near to impossible with no common language between all those responsible for the vessel.

The canal is 656 ft. wide and 78 ½ ft deep.  The Ever Given is 1312 ft long, 196 ft. wide  and 78 ft deep, barely clearing the canal floor.  With the displacement of water and its pressure due to vessel speed, once the Ever-Given hit bottom, the forces sucked the vessel closer to the bank, wedging it across the canal.

19,000 vessels a year pass through the canal.  They travel in convoys, running 2 northbound and 2 southbound each day.  By the end of the first 24 hours of blockage, 185 vessels were anchored awaiting passage.  Approximately $10 billion worth of traffic per day was piling up.

Some owners chose to re-route their vessels around the Horn, which took three weeks longer, as 400 ships were waiting for the Canal to be cleared.  On the 5th day of being stuck a Supermoon began with some of the highest tides on the year.  This resulted in some movement from the sides.  An additional night of high tides, bringing in the two largest and most powerful tugs in the world and approval of the dock workers union to extend hours of operation for a month resulted in the vessel being cleared.  It was towed to an area along the canal where convoys are held to pass each other.

It took 6 days of 24/7 operations to clear the backlog of vessels.  The largest cargo owners, Nike, Lenovo, and Ikea have joined the Egyptian nation (along with 13 others) in attempting a settlement agreement in the London courts.  Meanwhile, the vessel and crew sit in the Great Bitter Lake (an appropriate name) waiting for the outcome and release by the insurance company.

The crew might be able to finish their voyage and my transfer case might surface from the backlog.  Maybe.